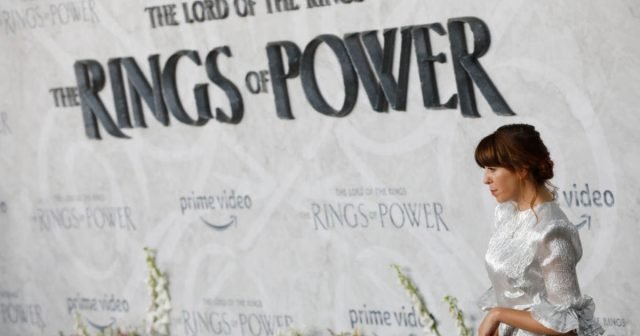 Amazon announced Saturday that “The Lord of the Rings: The Rings of Power” garnered over 25 million viewers globally on its first day, setting a new record for Prime Video.

The series debuted Friday in more than 240 countries and territories worldwide, according to Amazon. A prequel to “The Lord of the Rings” books and films, it is one of the most expensive television shows ever made, according to The Associated Press.

“It is somehow fitting that Tolkien’s stories – among the most popular of all time, and what many consider to be the true origin of the fantasy genre – have led us to this proud moment,” Jennifer Salke, head of Amazon Studios, said.

“And it is the tens of millions of fans watching – clearly as passionate about Middle-earth as we are – who are our true measure of success,” Salke also thanked showrunners and the production crew for their work on the show.

The show, which is set thousands of years before the events of “The Hobbit” and “The Lord of the Rings” trilogy, has already dropped the first two episodes. The remaining episodes of the series will air weekly, ending with the season finale on October 14.

Tre’Vaughn Howard is a producer and journalist for CBS News, focusing on international and culture stories.

Carole Feraci, the singer who spoke her mind to Richard Nixon

A window into Edward Hopper’s world

Steven Spielberg: “Every one of my movies is a personal movie”

Carole Feraci, the singer who spoke her mind to Richard Nixon

A window into Edward Hopper’s world