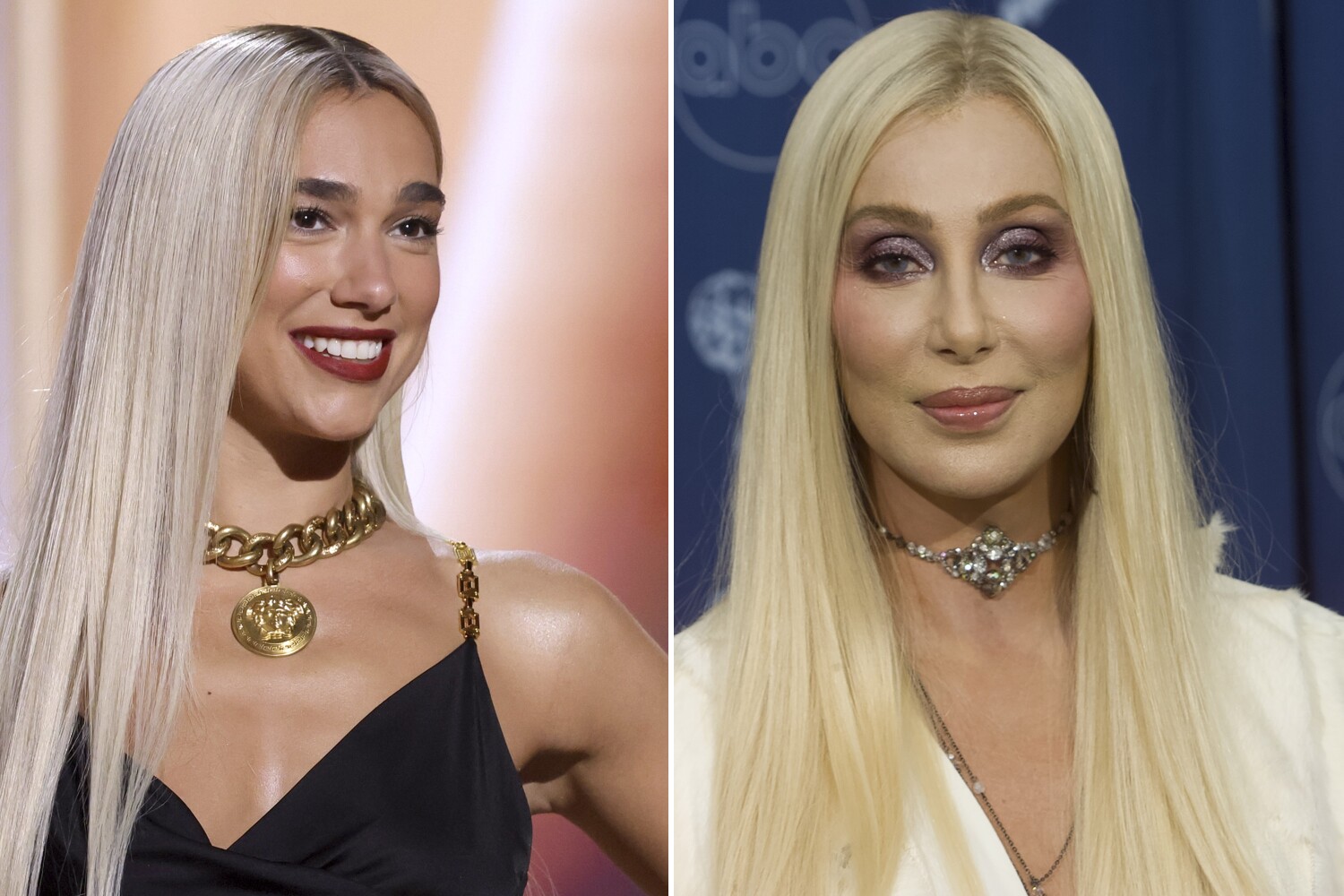 How many years are in a generation? Asking for a … Cher.

The 76-year-old music, film and TV legend posed the question Tuesday when she seemingly cut down a Twitter user who compared her to pop star Dua Lipa, exalting the the three-time Grammy Award-winning singer as “the Cher of our generation.”

While the original — albeit arguably blasphemous — tweet has since been removed, Cher’s pointed reply to a user who wrote “so much truth in one tweet” remained.

“How many yrs are in a generation,” the “Turn Back Time” singer wrote, adding a thinking face emoji.

The Emmy-, Grammy- and Oscar-winning star’s response came after a Dua Lipa fan originally tweeted a photo showing the singers side-by-side, adorned with similar straight black hair and sparkling ensembles that they each previously wore to the Grammy Awards. Cher’s photo was from 1974 — during a decade that firmly established her as a style icon — while Lipa’s was from earlier this year, according to Newsweek.

Some users viewed the original tweet as a flattering comparison for Lipa but a dig at Cher, especially given the beloved music icon’s response. Certainly, the 27-year-old singer has been inescapable over the last few years with hits such as “Levitating,” “Don’t Start Now” and “Cold Heart,” her viral collab with another music legend, Elton John. But many users were quick to point out that the “Sonny and Cher Comedy Hour” star’s body of work eclipses that of Lipa.

A finite answer to Cher’s rather open-ended question also remained up for debate, further complicated by the fact that the technical definition of a generation varies — even more so when the initial superlative is regarded as a figure of speech.

A generation can be defined as a group of individuals born and living contemporaneously (Cher and Lipa, check!), with a status that can be held for a limited period (check!) or even the average span of time between the birth of parents and that of their offspring (At 74 and 27, check!), according to Merriam-Webster. Some estimates have quantified that time at about 30 years.

But with Twitter being what it is, nuance was lost and many users were quick to take sides, further exacerbating the — ahem — generational divide in Cher’s replies.

“People are not really understanding the cultural impact Cher had. Anyone can dress like Cher today, but it’s not the same thing as being the first one to break that ground. That was Cher. Also Cher has starred in movies and her own TV show. She is the one and only,” wrote one user.

“@cher is Cher. No one else will ever be Cher. Period,” asserted one.

“Truth! I haven’t seen another @Cher! She [is] uniquely just Cher, you can’t copy her. I think some parents of the new generation haven’t passed down to their kids the appreciation of all music. Stop trying to cancel out Legends who paved the way for your new idols,” wrote another.

“Well Dua’s basically been around for like 5 minutes, while Cher’s been around for Decades… So there’s not really any comparison, and I’m sure even Dua would say it, too,” added another.

But the digital natives were savage elsewhere on Twitter, while others tried to bridge the gap.

“Cher is for boomers/gen X Dua Lipa is for millennials/gen Z,” wrote one user.

“One thing is being *inspired* by someone, and other is being a replacement. Dua is the Dua Lipa of our generation. Cher is Cher. No need to compare two completely different individuals in talent just because one dress like the other,” mused another.

Lipa has not yet addressed the debate.

Why I Have Decided to Give Up Kidnapping

Blueface Out Of Nick Young Fight, Promoters Looking For Fill In

Why I Have Decided to Give Up Kidnapping