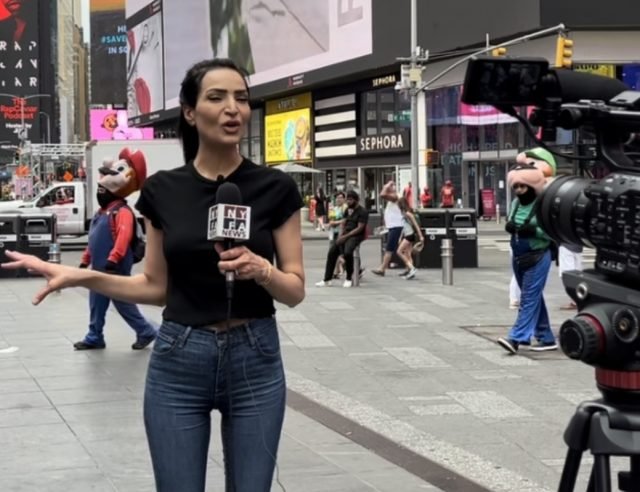 The story behind the story of a broadcast is quite different than it would appear to an audience. In contrast to the numerous journalists who use corruption and bribery as a means of advancing their careers in the hierarchical structure of the news industry, broadcaster Zina Belgacem is using her intelligence and skills to get into American journalism on her own.

Zina Belgacem is a strong-willed and highly independent woman who had to battle for her way in a male-dominated industry where sexism and nepotism are prevalent. Zina moved to the United States with the goal of becoming a well-known TV anchor and reporter. Even with her determination, she quickly realized that the road ahead was not easy. At the highest levels of the media, Zina was subjected to harassment and bribes while building her name in Tunisia and the Middle East. In spite of this, her experiences in the field strengthened her determination to succeed in the United States based on her own ability and hard work.

With the current competitive environment in journalism, just having the necessary skills is insufficient to get hired. Zina has had to battle for each and every one of her achievements, and she has done so by constantly expanding her knowledge and abilities. In addition, she has bolstered her qualifications by attending lessons at six different media news academies.

In the past, Zina has applied to local Virginia television stations that require native Arabic speakers for employment. Nevertheless, they prefer to hire overseas, pay for accommodation, transportation, living, flight tickets, and immigration fees, to hire someone with good connections but limited skills or whose voice will be suppressed through corruption. Her goal is to cut through the red tape of the industry and make her mark within it.

She has distinguished herself as a top prospect in journalism by making a commitment to lifelong education. Zina has gained the ability to recognize important events, write screenplays, shoot, edit, and broadcast them, making her a valuable member of the media industry. Throughout her years as a journalist, Zina has covered topics such as inflation, the Twitter bid, abortion, the Ukraine/Russia crisis, gun violence, and the political careers of senators Chuck Schumer and Alexandria Cortez.

Zina’s strategy to remain competitive in the fast-paced news industry was to maximize efficiency and reduce work time by utilizing the latest technological innovations. To accomplish this, she produced short films on topics such as addiction, abortion, military service, domestic abuse, and investigative journalism.

As a talented linguist and a hard worker, Zina is an ideal candidate for any position at a news station because of her linguistic skills and work ethic. Her fluency in three languages allows her to communicate effectively with people from all over the world. It is no secret that she is a reliable and trustworthy journalist due to her years of experience and dedication to her craft.

Zina’s story is one of determination and perseverance. Despite all the difficulties, she never gave up on her dream of being a TV news anchor – a dream she’s had since childhood. Backed with her determination and skill, someday she’s sure to achieve success without giving in to the corrupt nature of the media industry.

An Interview With Jonas Muthoni, a Fearless Leader on the Art of Recession-Proof Online Marketing

Chris Harrison talks ‘Bachelor’ exit: ‘I was scared to death’