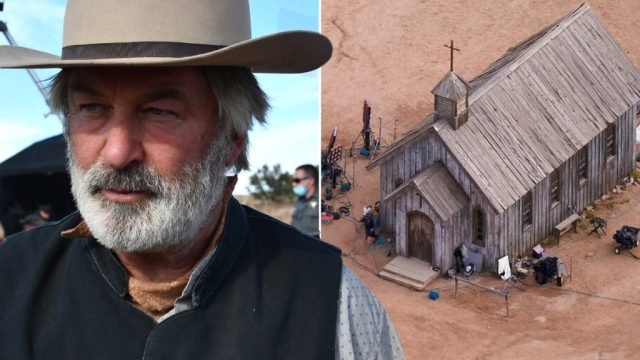 The Alec Baldwin western Rust is set to scout locations in California next week, near Palm Springs and the Nevada border, though no final decision has been made where the Joel Souza directed movie will actually be shot when it resumes production in January.

Said one insider close to the Rust production on the reasons why the film would not return to New Mexico: “It’s emotionally difficult for the crew and the cast to return to the same place”; that being where cinematographer Halyna Hutchins died a year ago from a discharged prop gun that was held by Baldwin after the Oscar nominee was informed that the weapon was “cold”.

As Deadline first told you, Rust Movie Productions LLC and its star and producer Baldwin reached a settlement with the estate of Hutchins. As part of the peace, her husband Matthew Hutchins will executive produce Rust, which is also set to bring its original cast back together.

“The production of Rust will not return to New Mexico. The production is considering other locations, including in California, but no decisions have been made,” said Melina Spadone, the attorney for Rust Movie Productions LLC in a statement sent to Deadline.

Deadline hears a line producer still needs to hired for production, in addition to a new armorer, assistant director and DP.

One high-level government source in New Mexico told Deadline tonight that while no one from the Rust production contacted the state film commissions about returning to production in the wake of the settlement with the Hutchins estate, hurdles and debts would need to be cleared if in fact Rust was to return to the Land of Enchantment. In particular, there’s an assessed fine of $136,793 by the New Mexico Occupational Health and Safety Bureau for the Rust production’s “willful and serious” violation of workplace safety procedures. Rust productions is currently disputing that charge. We also heard grumbles on the ground about certain parties in New Mexico that were involved in Rust still not paid. The production, we understand, settled the amount that was due to security hired by the Bonanza Creek Ranch which stayed months after the film set closed down. A source close to production informs Deadline that before cameras roll again on the western, “all monies will be paid up”.

Santa Fe Sheriff’s Office has yet to deliver their official report on the post-mortem of Rust to the New Mexico district attorney’s office.